Hey, I didn't coin that-- some record company exec did -- but I can't help but fully endorse (steal) it. I've long considered David Collier a national and regional  treasure; quirky, eccentric, smart and funny, his early comics are true gems and were partly responsible for helping break my lingering fascination with mainstream comics (Ah, Vertigo -- you were a great old lass...). Meeting Dave at Word on the Street in Toronto many years ago was really thrilling, and I'm always pleased to bump into him semi-regularily, the last being at May's Doug Wright Awards.

Around that time I was handed a copy of his latest work-in-progress; a graphic novel that deals with his experiences re-enlisting in the Canadian Forces some 20 years after he left. I'm happy to say that it's classic Collier, winding through an at-times awkward experience with many amusing asides. Like the one below -- ha ha, what a card! 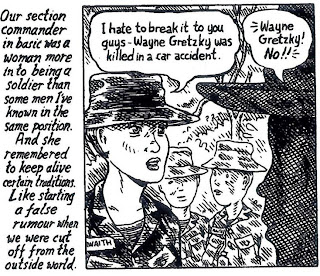 Anyways, Dave has given me permission to run a three-page "exclusive" (is it? I guess it is..) preview of his Spring 2001 book from Conundrum Press, Chimo (the name of the navy ship he is assigned to as part of the Canadian Forces Artists Program). I hope you were as jazzed as I was. Click to enlarge...but I'm guessing you knew that already. 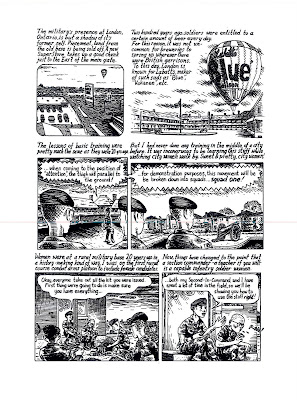 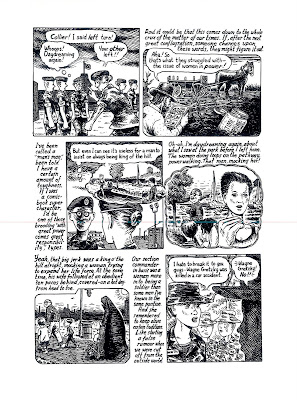 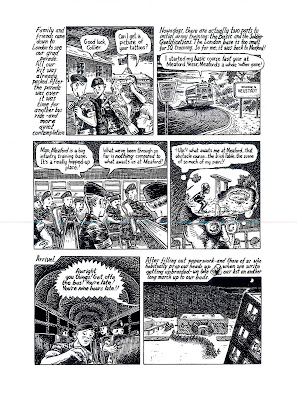 uhm, don't you mean Spring 2011?!? But thanks so much for the sneak peek, I love Collier's work. Loads. All the best!