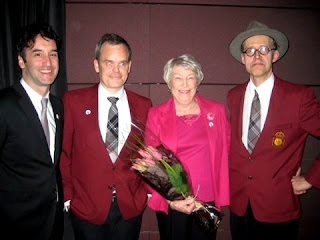 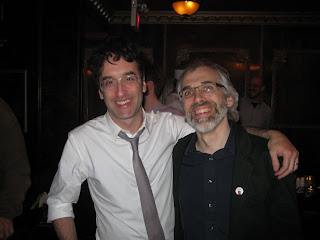 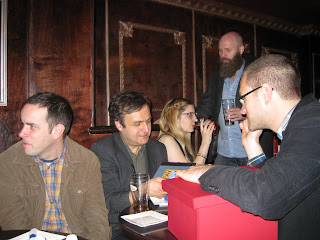 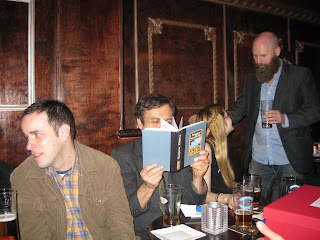 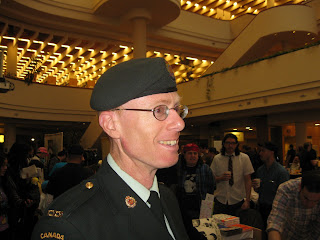 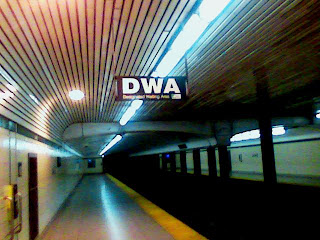 My review of Chester Brown's contentious new book, Paying For It, ran in The Globe and Mail Saturday. Even though the book just hit shelves, there have already been some great reviews of it including Sean Rogers over at The Walrus and Tom Spurgeon's at The Comics Reporter.

As I was writing mine, it dawned on me that I had helped draft a letter to Chester years ago to express outrage over a storyline in his comic series Yummy Fur that dealt with pornography. I thought the comparison of my outrage and what is sure to be current reader outrage kind of made sense. After I filed my review I dug up my old issues of YF and found the one that included the letter I remembered writing; it was issue #24 (featuring my favourite stand-alone Brown story "The Little Man"). 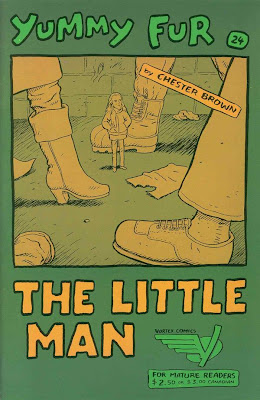 To my surprise, the letter I recall writing with my girlfriend at the time bore no evidence of my involvement. In fact, my name was nowhere to be found. 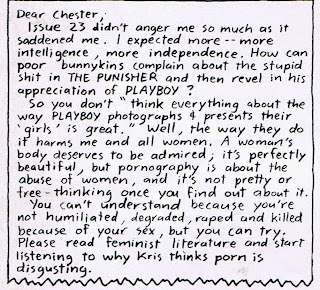 Pretty embarrassing, especially since I had just openly admitted in a national newspaper to writing this letter -- when I could have just blamed it all on my girlfriend and walked away Scot-free. But the truth is, I distinctly remember writing this letter with Joanna -- i even remember the insane Christmas card we wrote it in (there was a feather on it). I think at some point we must have decided the message would hold more weight if it came from a woman. Go figure.

Still, these words pretty well sum up my proto-feminist point-of-view at the time. What can I say? It was the early 90s and I was a university student. Sigh.

Anyway, there's the truth of the whole sort-of sordid matter for you.
Posted by Brad Mackay at 14:58 4 comments: