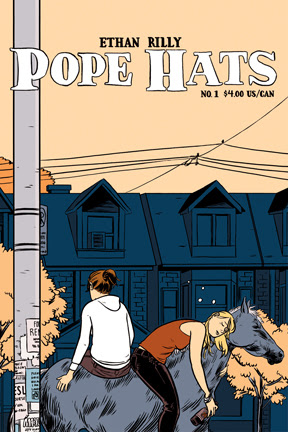 I really liked that earlier version, and I'm happy to see that he has re-drawn it and re-published it in a spiffy new format. As Seth has already commented, the story is breezy and deceptively casual in its depiction of real life. Plus there's a charming ghost in it.
If you like Dan Clowes, Seth, Adrain Tomine (or good comics) you should put $4 aside and buy a copy for yourself.
Posted by Brad Mackay at 15:53 No comments: