I get sent a fair number of books for review. Some are so-so, some are good and a few are great. Then there's The Art of Daniel Clowes: Modern Cartoonist. When I received this book my socks were knocked clean off. This monograph on Clowes (the man behind The Death-Ray, Wilson, Ice Haven and Ghost World) is a career-spanning beauty of a book that manages to capture the spirit and scope of the cartoonist's work over the past 30 odd years. 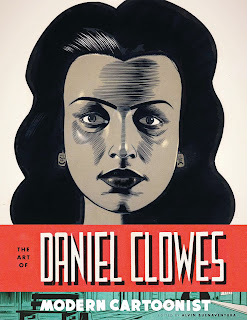 I liked it so much I decided to review it for The Comics Journal. It's up over there now -- and you should go read it. Then go acquire a copy. It's worth it for this alone. And for this photo: 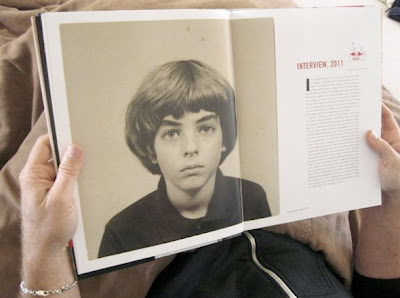 It's an honour just to be nominated

While I was in Toronto last weekend I learned that a feature I had written last fall for the Canadian Bar Association's National magazine had been nominated for a magazine award, which is very flattering and reassuring. The piece, a profile of Ottawa immigration lawyer Warren Creates, was nominated in the Best Profile of a Person category at the Kenneth R. Wilson Awards, which recognizes the best in Canadian business/trade magazines.

The piece was a  joy to write in large part because of its subject. Warren Creates, as anyone who has been pulled into his orbit will tell you, is a larger-than-life whirlwind of a man who is the real-goddamn-deal. I interviewed Warren twice for this piece and the second time I asked him straight-up: What's the deal -- how do you stay so relentlessly positive? His answer gave me a chill; the kind you get when you know someone is giving you a great closing quote for your piece. But it was also a piece of advice that I have adopted in my own life in the hopes of staying as positive as possible.

Warren invited me to Ethiopia after the article came out -- which led a great friendship and another piece I wrote, but that's another story.

You can read the Creates piece over here, and let me know what you think about the ending.
Posted by Brad Mackay at 14:06 No comments: 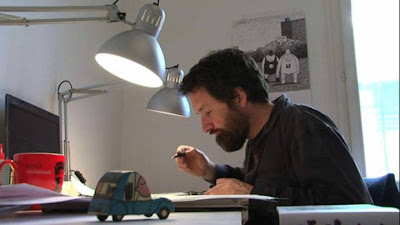